Severe Weather Season: How to Stay Safe During Severe Spring and Summer Weather 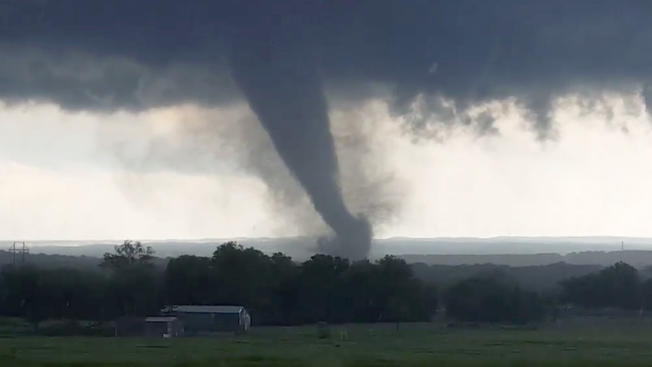 Spring is in full force here in Pearland, Texas, which means it’s time for thunderstorms to make their way into the area. Sometimes these storms produce heavy downpours and dump hail onto cars and people as they are hurrying home from work. These storms may also produce tornadoes and threaten families in their homes. When severe weather strikes in your area, staying safe is the No. 1 priority.

10 Ways to Stay Safe During Storms

1. Have a line of communication.

People often become separated in severe storms, especially during tornados that cause massive devastation. Therefore, it’s important to keep a line of communication open at all times during a storm. Keep your phone on you if possible, and let people know where you are before, during and after the storm. Make sure to tell them your exact location so that they know where to look for you if the phone service goes down.

Always remain alert when severe weather is in your area. Follow the updates on your television or smartphone, and watch the forecast to see where the storm will hit. Set up weather alerts on your phone to get the latest information regarding the storm. You never want to get caught unprepared when a major storm hits your area. Preparation is the key to emerging safely once everything subsides.

3. Move to the lowest elevation.

Elevation is your enemy in a severe storm. If you’re in a tall building or on the second floor of your home, move to the lowest floor during a storm with major winds. If a tornado is moving through the area, you’ll be safer on the bottom floor or in a basement. Stay away from windows, and position yourself in the central part of the house. If possible, seek an underground storm shelter outside if one is nearby. If you’re outside, get as low as possible without lying down to reduce the chances of getting struck by lightning.

If you hear thunder, you’re close enough to get struck by lightning. Spring and summer are the perfect times to go swimming at the pool or along the coast. However, you don’t want to get caught in the water when the clouds darken overhead and the thunder rolls in the distance. If you’re in the water, you’re a prime target for lightning. Make sure to exit the water as soon as you hear thunder. Better yet, keep an eye on the forecast so that you can get out of the water well in advance of an approaching storm.

5. Have an emergency kit ready.

Staying safe during spring and summer storms starts with preparing in advance. Create an emergency kit that contains useful items to help in case the lights go out or you or your family members suffer any injuries. It should also contain a few more basic disaster supplies such as:

A battery-powered radio is also helpful in case the power and cell towers stop working. Have everything in a convenient tote or container located in the place where you’ll hunker down when severe weather strikes.

Stay away from metal during lightning storms, especially if you’re outside. Every year, hikers are struck by lightning because they’re out in the open wearing backpacks with metal frames. Whether you’re hiking outdoors or working with power tools, stop what you’re doing once you detect lightning in the area. Remove the backpack, set down the tools and find shelter from the storm. If you’re in a car, avoid touching the glass or the metal part of the frame until the storm passes.

A mobile home is one of the worst places to be in during intense storms and tornadoes. They’re not built to withstand heavy winds and the destructive power of a tornado. If you’re inside during the tornado, you’re more likely to suffer injuries from flying debris than the tornado itself. Some mobile home parks include storm shelters, but if yours doesn’t, leave your mobile home before the storm hits. If it’s too late, find a low-lying area outside, lie down and cover your head until the storm passes.
8. Spread out quickly.

If you’re outside during a thunderstorm, don’t gather together in large groups. It will make you and everyone around you a target for lightning. If the lightning strikes one person, it could easily flow from one person to the next, causing even more damage. The best thing to do is spread out far and wide, seeking shelter indoors or under a protective covering. Once you’re indoors, stay away from the windows in case lightning strikes close outside.

9. Be the shortest thing around you.

Sometimes you’re unable to get indoors during a storm. If that’s the case, you’ll need to squat down into the lightning crouch, covering your ears and keeping your head tucked toward your knees. Never lie down on the ground – you’ll make yourself a larger target. Though crouching may not reduce the chances of getting struck, you may sustain less injuries from the lightning.

Being indoors doesn’t automatically keep you safe from a thunderstorm. Be mindful during the storm, such as staying out of the bathtub when it’s lightning outside. Don’t go into the garage and walk on the concrete floor. Furthermore, avoid plugging in your phone or other devices during the storm as the lightning could transfer from the outlet to you. Remember: Lightning can travel into your home through wires, metal and other conductive materials.

Whether you’re caught outdoors or nestled indoors during the storm, you’ll always want to practice safe habits. Once the storm passes, wait at least 30 minutes before going outside. There could be downed power lines or loose branches overhead. Planning in advance, watching the skies and seeking shelter will help you make it through the storm.