What You Need to Know About the 2018 Flu 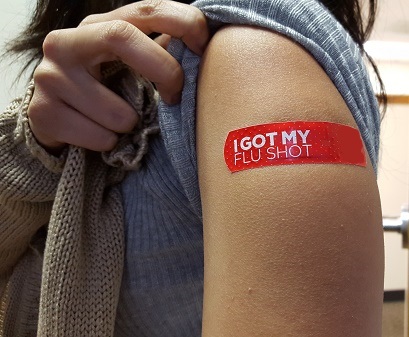 Influenza, informally known as the flu, is one of the most virulent and pervasive diseases on the planet. The virus is capable of spreading quickly and can travel worldwide from a single vector within just a few weeks or months.

Is This Year’s Flu Worse Than Usual?

The flu is always widespread, reaching the CDC’s guidelines for “epidemic” every year. The flu season lasts through winter, and the current figures are similar to the historically bad flu in 2015. If the hospitalization rate stays consistent or rises, this flu season will be more serious than 2015’s.

Thousands of people die each year from flu-related illness and complications. Flu is deadliest to children and the elderly as well as individuals with compromised immune systems. So far over 30 children have died of the flu this year, which is somewhat higher than the average rate of flu-related death.

Part of the reason for this year’s flu severity is the strain of flu most commonly spread. The dominant flu strain this year is H3N2, a mutated form of the H1N1 virus responsible for the 2009 “swine flu” outbreak and the 1918 flu pandemic. Because it is a new strain, most people do not have natural immunity to it, and the flu vaccine is only about 30 percent effective against it. This leaves many people vulnerable that may not otherwise have been at risk.

Influenza itself is not often deadly. However, the body can become exhausted from fighting off the virus, leaving the immune system depleted. At this point, secondary infections like pneumonia can take hold and cause complications.

Flu is deadliest among people with compromised immune systems. The very old, the very young and those with chronic diseases are the most likely to die of flu. However, anyone is at risk of developing serious complications from a severe flu. It’s estimated that 40 percent of children who die from flu-related illness have no preexisting conditions or problems.

The CDC recommends that you see a doctor right away if you or your child is experiencing any of these flu symptoms:

During flu season, it’s better to play it safe and get treatment sooner rather than later. Anti-viral medications like Tamiflu can be administered early in the illness and reduce the severity of symptoms, often preventing the illness from becoming more severe.

It’s also a good idea to get a flu shot every year, even in years that the vaccine is less effective. The H3N2 virus is not the only active strain of influenza right now, and the flu shot is still effective against other types of flu. Staying vaccinated can help to boost your immunity.

If you are experiencing flu symptoms or have more questions about this year’s flu shot and precautions you can take to protect your health, contact Prime Urgent Care Clinic in Pearland, TX today. We look forward to caring for you and your family if/when the need arises. You can check-in online before your visit by using our online system.

Allergies vs. Sinusitis: What is the Difference?

Allergies and sinusitis are both common conditions of the sinuses (the four paired cavities or the passages that lead to the nose). They often cause